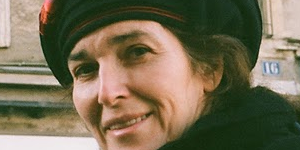 Juliette Rossant is an American author, journalist, and poet. She is best known for her writings about top-grossing celebrity chefs about whom she first wrote for Forbes magazine and for whom she has defined (if not coined) the term “super chef,” also the title of her first book and of her online magazine.

Juliette started the Celebrity Chefs column in the Forbes annual “Celebrity 100” issue. Based on that experience, she wrote Super Chef (Simon & Schuster 2004), based on a specific definition she developed from her work at Forbes. The book profiles six “super chefs”: Wolfgang Puck, Charlie Palmer, Todd English, Mary Sue Milliken and Susan Feniger, and Tom Colicchio. The book was nominated by Fast Company magazine for best book. She developed her book into an online magazine, also called Super Chef. In addition, she consults to a number of companies on branding issues related to super chefs.

She has just completed a children’s book and is working on her first novel.

Previously, she worked as a journalist in Istanbul, Paris, Moscow, and Jeddah, where she wrote for newspapers and magazines, including Business Week. Reportage included Kurds in Northern Iraq during the Gulf War, fighting between Armenians and Azeris in Nagorno-Karabagh, and Oil & Gas in Central Asia and the Middle East. She returned to the States and joined Forbes and Forbes Global. International business coverage included the Forbes global billionaires list, focusing on Africa and the Middle East.

Born in New York City, Juliette is the daughter of New Yorker James Rossant, architect and designer of Reston, Virginia, and Parisienne cookbook author and food writer Colette Rossant. After graduating from St. Ann’s, she received a BA from Dartmouth and MA from Johns Hopkins, where she studied Creative Writing. She started publishing poems in Extensions literary magazine when she was 14 years old. At Dartmouth, she co-founded The Stonefence Review. Mentors include Richard Eberhart and Kenneth Koch.